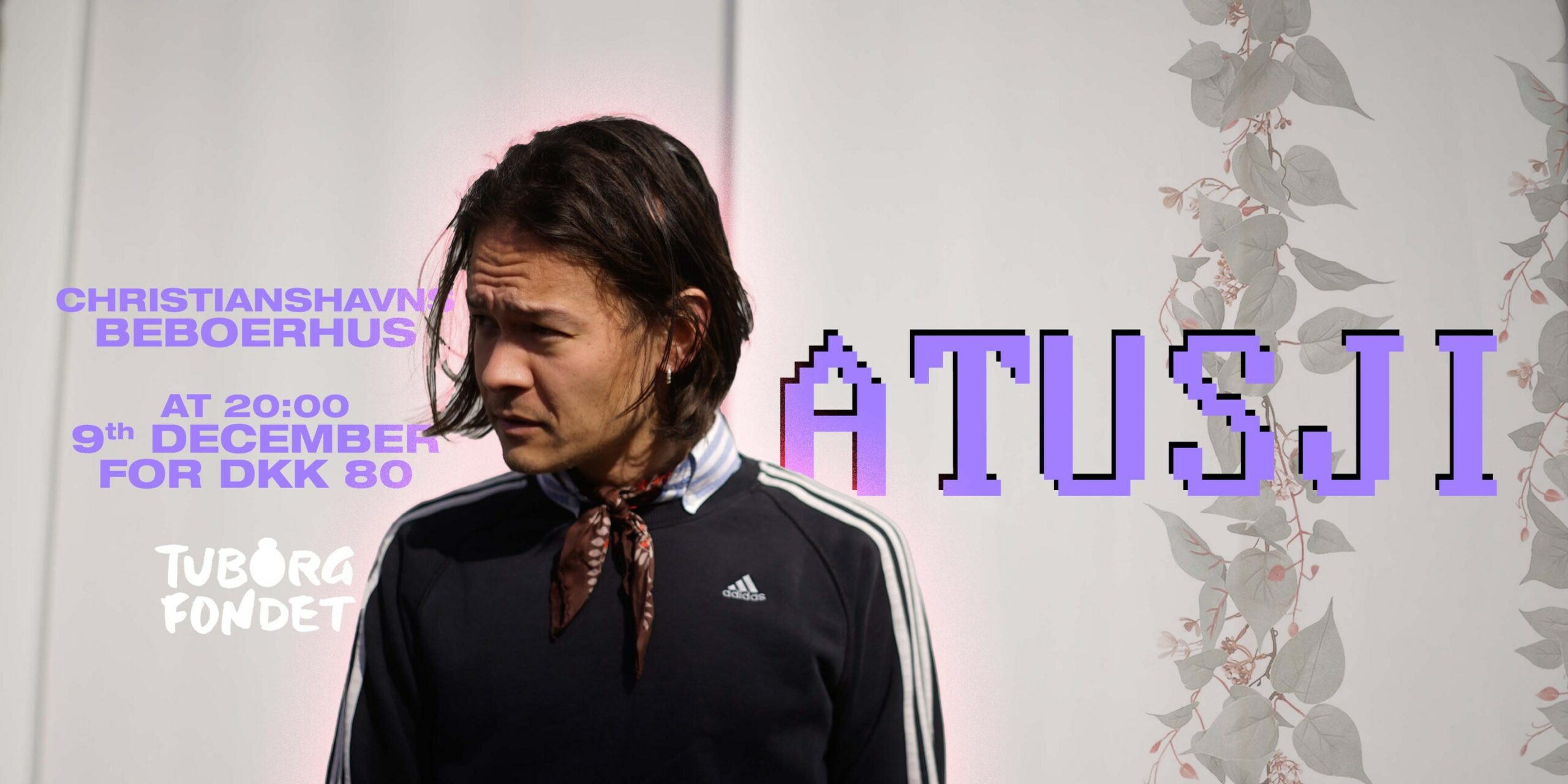 Atusji (DK/JP) is the solo-project of Terkel Atsushi Røjle (He/him) (Virgin Suicide), where he explores the singer-songwriter tradition through a modern r’n’b-ish touch. Atusji is an artist who explores the alienation of being human in this weird world. An artist who accompanies the feeling of being caught between cultures, virtuel realities – being awkward, be strong and grow. Atusji has gained great reviews in danish newspapers like Politiken and Soundvenue, been featured in Terrace House (Netflix – Japan), played Roskilde Festival, Vegas Udvalgte and Spot Festival, and frequently played on P3 and P6. After releasing two albums through the covid-years, Atusji has released a few singles leading up to an EP in the spring 2023.