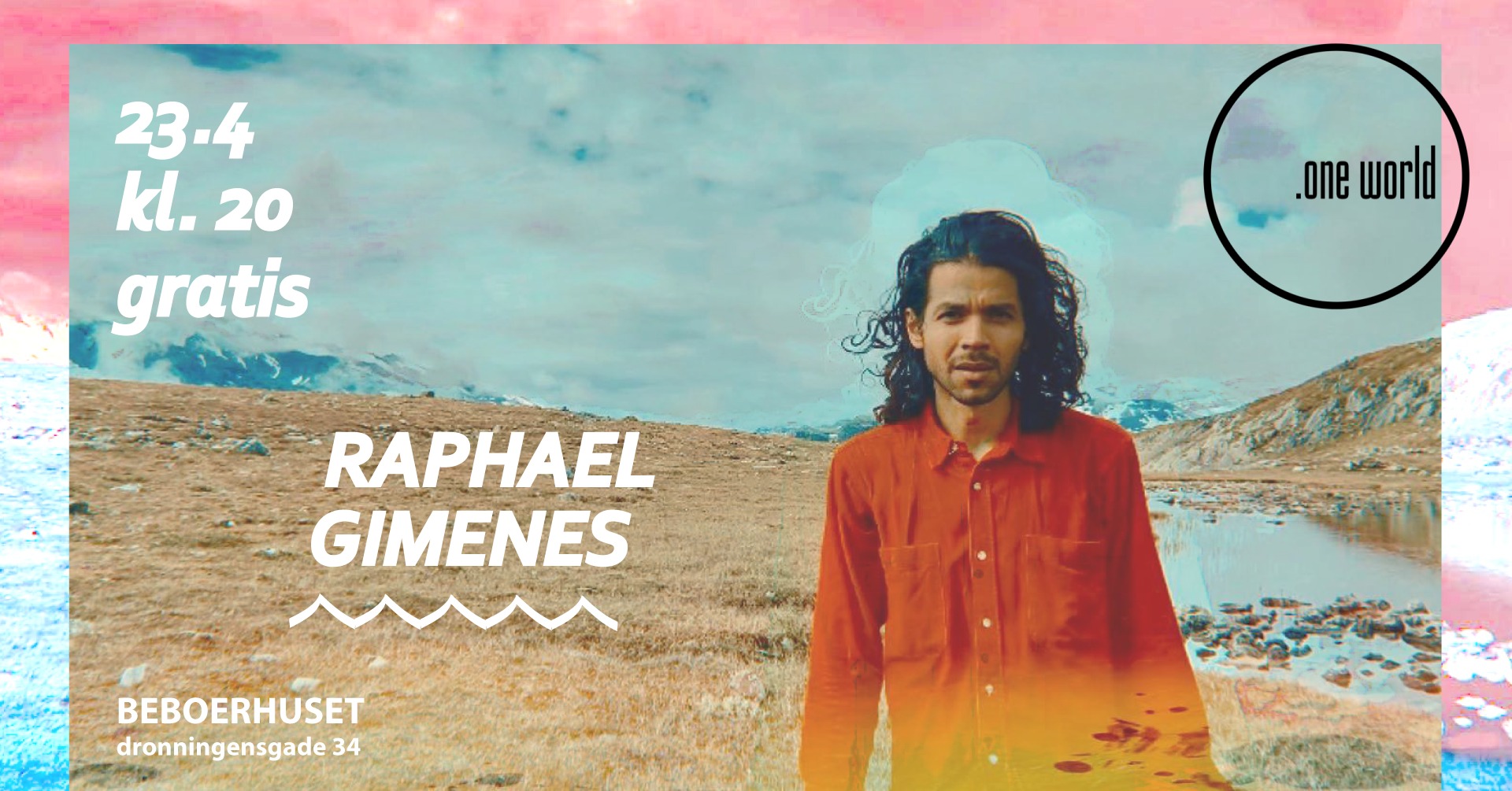 In the music of the Brazilian singer-songwriter Raphael Gimenes, poetic introspection meets a profound love for the outdoors. The Copenhagen-based artist writes atmospheric, cinematic songs, in which he is hunted by sun-kissing jaguars, chased by thirsty horizons, and dreamed by birds. In 2016, Gimenes released his debut album, “Raphael Gimenes & As Montanhas de Som”, which tells a collection of stories about people living in remote, inaccessible regions of Brazil. It was elected the best Brazilian album of 2016 by the Dutch website Written in Music, hailed as a “conceptual masterpiece” by the Japanese magazine Latina, and praised for its “other-worldly beauty” by the Belgian website Rootstime.

For his sophomore album, “A Tongue Full of Suns”, Gimenes has decided to sing in English, a language that he mastered while living in the U.S. during his teenage years. Deeply inspired by the Norwegian wilderness, which is the Brazilian’s favorite destination for multi day trekking, “A Tongue Full of Suns” tells the fictional story of a sorcerer who sought seclusion in the mountains, where he disappeared, leaving only a handful of songs behind, each telling a part of his life. The album’s arrangements are heavily influenced by the sound of prog rock albums of the early 70’s, particularly the Italian band Premiata Forneria Marconi. The music itself is less obviously Latin than on “As Montanhas de Som”, although it is mostly inspired by contemporary Brazilian and Argentinian artists, along with classical composers such as Leo Brouwer, Toru Takemitsu, and Edino Krieger.

The album was co-produced by the Faroese singer-songwriter Teitur, who in a way started the project, when he invited Gimenes and German percussionist Jan Kadereit to his small village Velbasta∂ur on the remote Faroe Islands. The village is located on a mountainside and surrounded by dramatic views of the sea and several small islands, where in one single day the weather would go from rainy to snowy to sunny. Gimenes and Kadereit recorded several guitar and percussion tracks in the course of a few days. Later, they recorded vocal tracks and additional percussion in Copenhagen. Besides Teitur, who features on synths on almost every track, the album features Argentinian guitarist Matias Arriazu on “The Painter” and Dutch guitarist Tim Panman on “The Dreamer”.

The artwork is made with analog photos taken by Daniel Oxenhandler and Gimenes himself during a trekking trip in Norway, which almost ended in Gimenes’ death due to a raging rainstorm deep in Jotunheimen National Park.

The album has been released on the Copenhagen-based label One World Records, who also released Gimenes’ debut album.