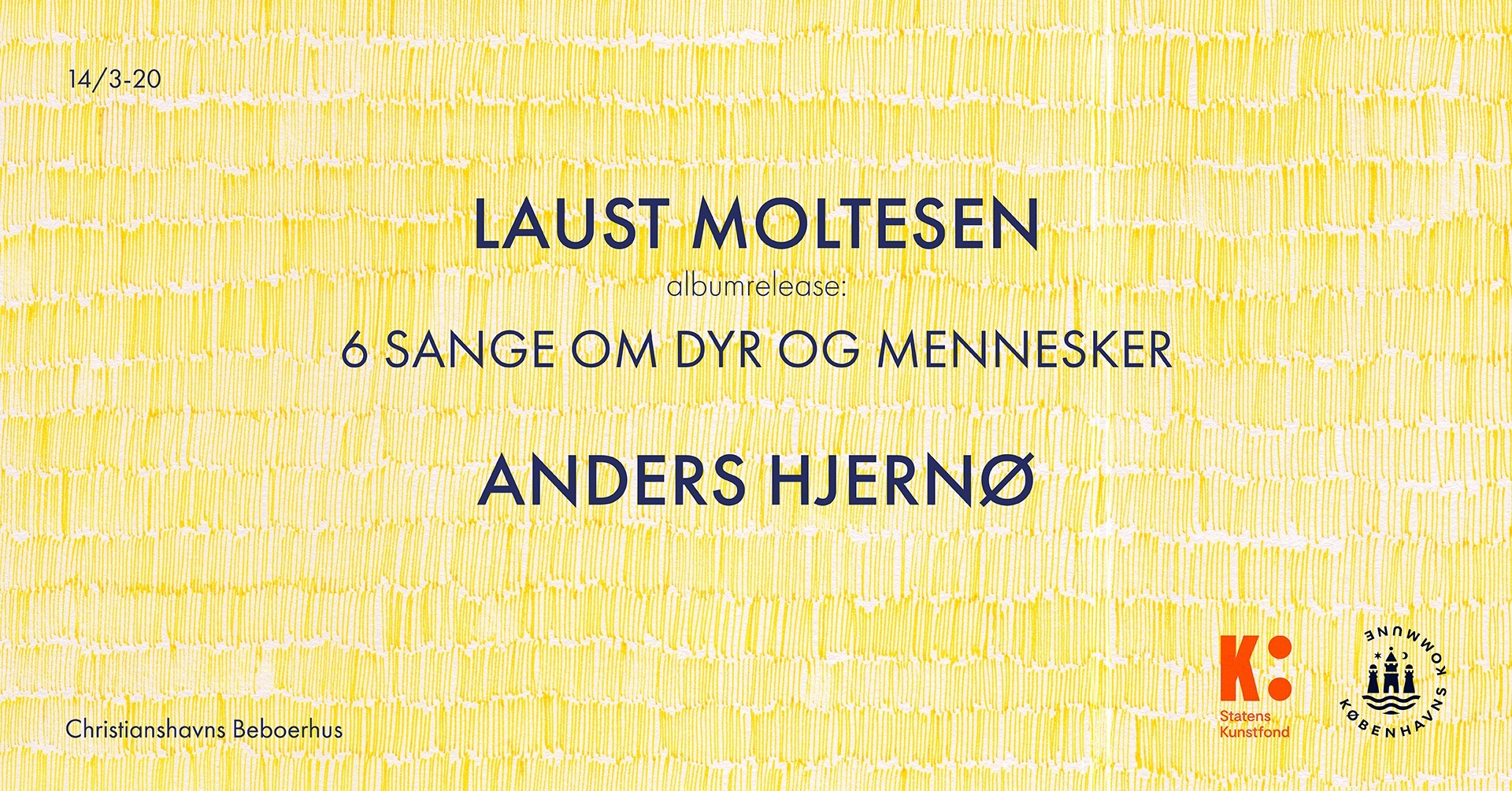 LAUST MOLTESEN
The music of Laust Moltesen is situated somewhere between extrovert dancing music, modern compositional music and experimental songwriting. The music reaches out with an
impatient energy and an immediate, simple sound. The pictures in his stories about animals, employees, cold almonds and slime race through the body. The bizarre and the magical is intertwined with a terse everyday tone of voice.

This evening he will be performing with an augmented version of his band and his debut album ‘6 sange om dyr og mennesker’ (6 songs about animals and humans) will be released.

ANDERS HJERNØ
Anders Hjernø is a versatile and extremely productive songwriter from Copenhagen. He mixes the everyday against the poetic, so it sparks on an original and often quite humorous way.

The lyrics are dressed in colorful musical suits, and Anders himself calls his music a mixture of “living room funk, heart rock and stand-up chamber music”.

Anders debuted in 2012 and has since then released music as a solo artist and with Tidlige Armbånd and Viktors Garage. In all, he has contributed to over 25 albums, EPs, podcasts and Christmas singles – all released on the Copenhagen record label Aftenrutine.
His next album to be released in spring 2020.